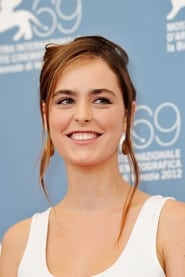 Hadas Yaron, born in 1990, who portrayed an ultra-orthodox fiance, wife and mother and finally the lover of a Canadian gentile in two films on the run, first in Rama Burshtein's Fill the Void (2012), then in Maxime Giroux's Félix & Meira (2014). Her gentle face, her simple and fresh beauty and her innocent eyes make irresistible the two characters she embodies, Shira, an 18-year-old young lady pressured by her family to marry the widowed husband of her older sister in the former film and Meira, the repressed wife (with child) of a Hasidic husband in the latter. But a moving face and figure would not have been enough if Hadas Yaron had not also been an excellent performer. Her having been awarded the 2012 Ophir Award is not a pure question of chance! And as she is only in her mid-twenties, Hadas Yaron can reasonably expect a lot of those rewarding roles her talent deserves.