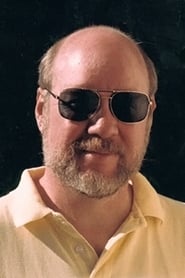 Steve was born in Indianapolis, and went to Wesleyan University in Middletown, Connecticut. After a stint in the Army, he moved to New York and began to write for Marvel Comics. That led to long runs on Captain America, The Hulk, The Avengers, Dr. Strange, and a dozen other titles. Midway through that period he moved to California (where he remains), and met and married his wife Terry. He was finally hired away from Marvel by DC Comics, to be their lead writer and revamp their core characters (Superman, Batman, Wonder Woman, Flash, and Green Lantern). He did, but he also wrote a solo Batman series (immediately dubbed the "definitive" version) that later became Warner Brothers' first Batman film (the good one). In 1992 Steve was asked to co-create a comics pantheon called the Ultraverse. One of his contributions, The Night Man, became not only a successful comics series, but also a television show. That led to more Hollywood work, including animated series such as Street Fighter, GI Joe, and Team Atlantis for Disney.