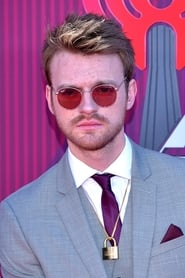 Finneas O'Connell is an American actor and musician who plays Alistaire in the Fox TV series Glee and stars as Shane in the award winning independent feature Life Inside Out. He is also known for his portrayal of the character Spencer (Twilight) in Columbia Pictures' Bad Teacher, has a recurring role on ABC's Modern Family and appears in the premiere episode of "Aquarius". Finneas began writing songs at the age of 12. He is the front man and lead singer/songwriter of the band, The Slightlys, whose song, "Is There Anybody There" appeared in an episode of ABC Family's Switched At Birth. The band has won numerous awards and competitions in the Los Angeles area.