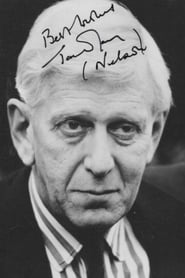 Jack May was a mellifluous-voiced actor best known for playing butlers and establishment figures, often representing Britain's interests in far-flung corners of the empire. With regards the former, he memorably played William E. Simms, former music hall artise turned manservant to Gerald Harper's titular swashbuckling adventurer in '60s TV cult classic Adam Adamant Lives! as well as providing the voice of Igor, the long-suffering valet in Cosgrove Hall's 1980s animation Count Duckula. His film credits included the district commissioner in 1975's The Man Who Would Be King and the prosecuting naval attorney in the remake of The Bounty (1984). For many, May was Nelson Gabriel 'the most disreputable character in Ambridge' in BBC Radio 4's long-running soap The Archers. May took the role of the shady rogue, later antique dealer and wine bar owner, in 1952 and continued to play him right up until the year of his death, 1997. This 45 year stint made May, at the time, the fourth-longest serving soap opera star in the world. He died at the age of 75, on 19 September 1997, survived by his wife, the actress Petra Davies, his daughter Henrietta, and son David.