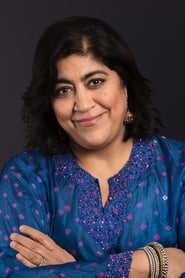 From Wikipedia, the free encyclopedia. Gurinder Chadha (born 10 January 1960), OBE, is a British film director of Indian origin. Most of her films explore the lives of Indians living in the United Kingdom. She is best known for the hit films Bhaji on the Beach (1993), Bend It Like Beckham (2002), Bride and Prejudice (2004) and Angus, Thongs and Perfect Snogging (2008). Her most recent project is the comedy film It's a Wonderful Afterlife released on 21 April 2010. Description above from the Wikipedia article Gurinder Chadha, licensed under CC-BY-SA, full list of contributors on Wikipedia.