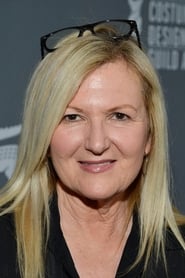 Jacqueline West is an American costume designer whose work has been recognized in numerous films such as The Curious Case of Benjamin Button, The League of Extraordinary Gentlemen, Quills, State of Play, The Tree of Life, Seventh Son, and The Revenant. West was a fashion designer in the San Francisco Bay Area, with her own clothing stores in Berkeley, California, including her "Identikit by Jacqueline West" line. Her first film work was for Philip Kaufman on Henry & June. Brad Pitt has called her a "method costumer" after working with her in The Curious Case of Benjamin Button. West has said she was heavily influenced by her mother, who was an avant garde fashion designer in the 1940s and 1950s. Description above from the Wikipedia article Jacqueline West, licensed under CC-BY-SA, full list of contributors on Wikipedia.